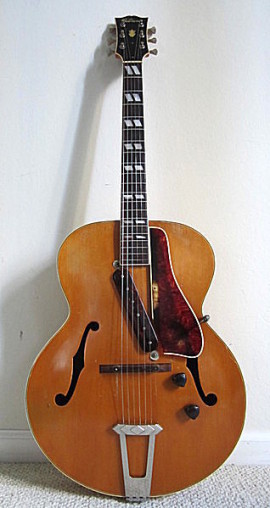 The new electric ES300 model made its debut, along with several other electrics, in July 1940, at The Chicago Musical Trade Show. It made its first short-lived appearance in the 1940 Supplement to Catalog AA.

The long slanted pickup designed for full tonal range between the bridge and end of the fretboard did not produce very good tone. Thus, by 1941, the alnico pickup was shortened and installed into the all new ES300 version which was made until 1943.

For more information on the history for the electric Gibson pickup, go to the 1st page 'Gibson Prewar Electric Guitars'. 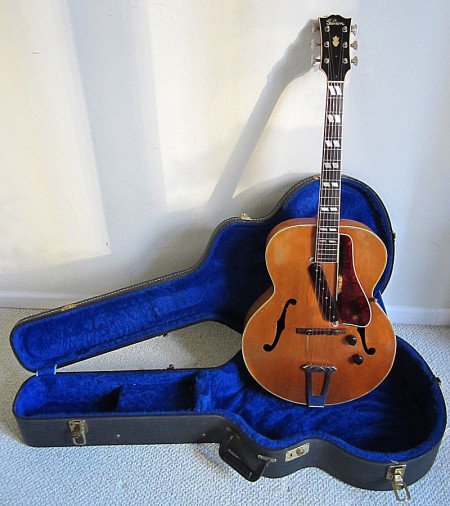 The history of this ES300 is great! According to Joe Spann, this

'ES-300 (serial #96747 - NO FON) was shipped twice. It was shipped first on March 21, 1941 to "G. Fields" in a #600 case. Interestingly a litter-mate, ES-300 (serial #96748) was shipped along with it and is noted as a "left-handed model." This model was evidently damaged (possibly in shipment) and was returned to the factory for repairs. It shipped for the second time as a "repair return" on May 9, 1941 to Carl Seder at Seder's Music Company in Worcester, Massachusetts. It was still housed in the #600 case, but this time a "cord" was included. It is difficult to know if this referred to a guitar strap or an electric pickup cord. I do not know who "G. Fields" was, but he evidently lived in Massachusetts and Seder's Music was likely his local Gibson dealer.'

After arriving at Seder's Music Company in Massachusetts, somewhere along this ES-300's life, it was shipped overseas. When I purchased it, it was located in the Netherlands! At present, it is in my permanent collection in San Francisco, California. Thus, this instrument has had quite a full life of play and travel! 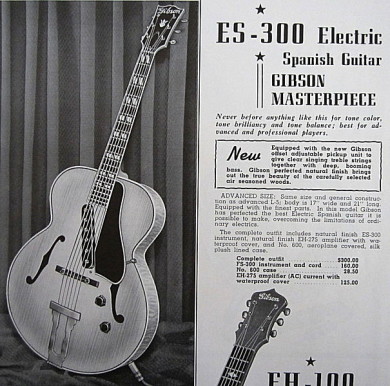 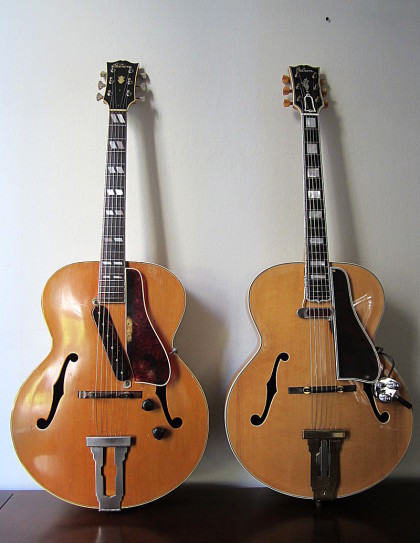 The tailpiece featured in the above photo is the new rarity that I just added to my 1940 ES-300. The photos on this page show the raised diamond motif tailpiece that was so common to the ES-300 and L7 in the early 1940's. If you view the photo above, the ad is the ES-300's short appearance in 1940's Supplement to Catalog AA. The ad features this very rare tailpiece. To view all of the photos of this tailpiece, click Tailpiece ES-300 vs. L5. 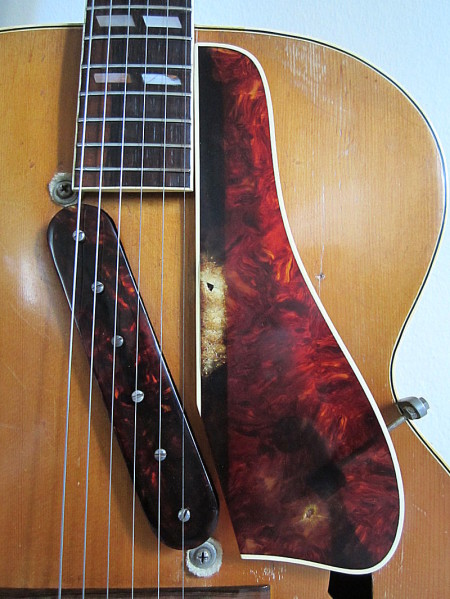 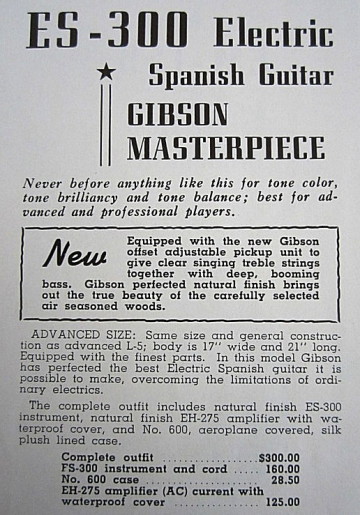 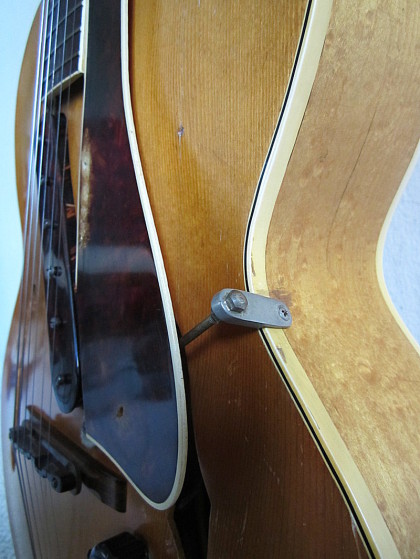 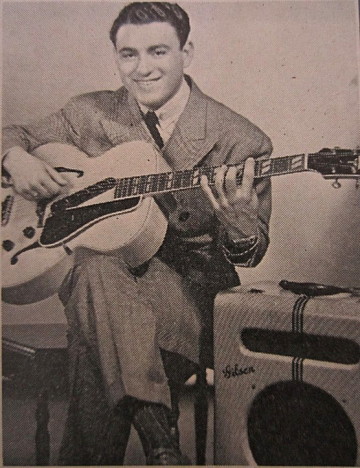 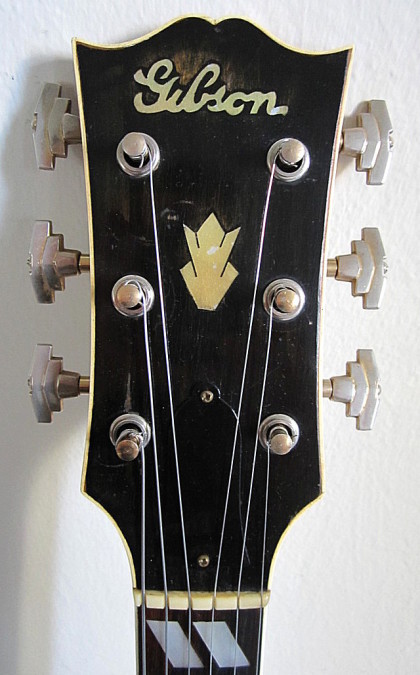 Famous Gibson crown inlay and parallelogram inlays used starting in 1940 on the L7 and ES300 models. Used up to present day. 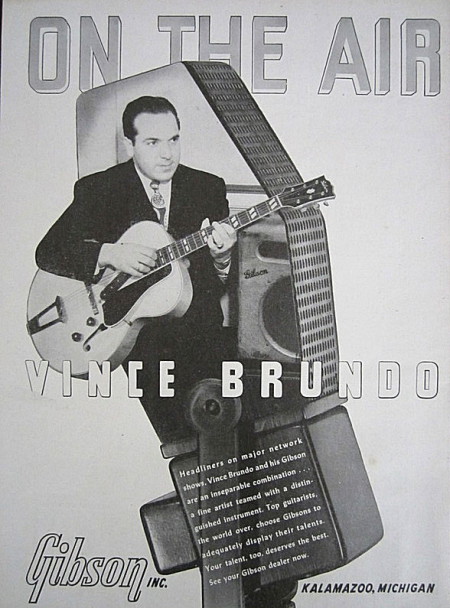 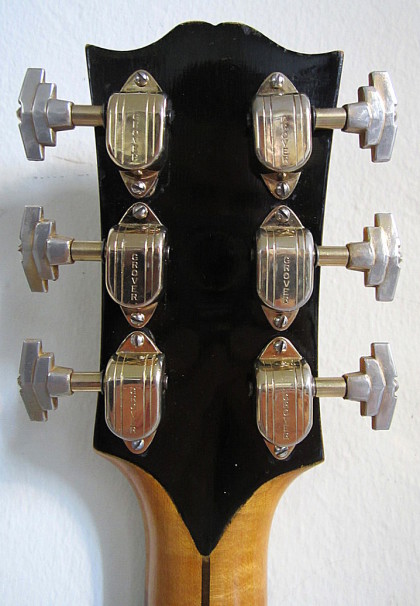 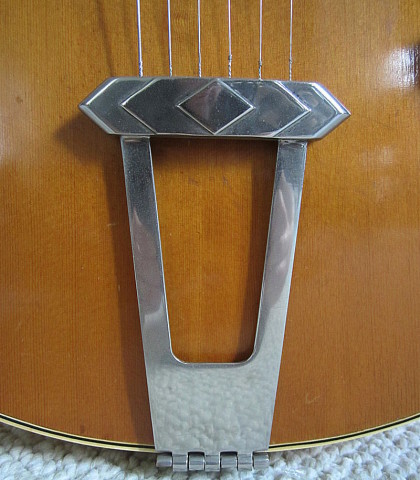 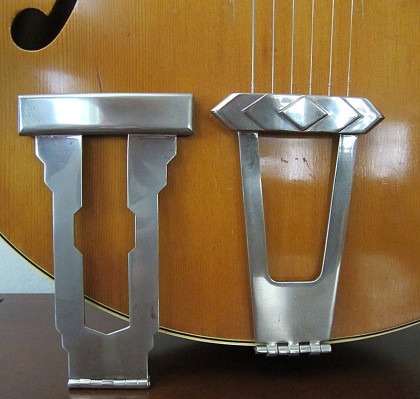 Two styles of nickel plated tailpieces used on the 1940 ES-300. The tailpiece to the left is very uncommon. To read more and view more photos of this rare tailpiece, please click, tailpiece ES-300 vs. L5. 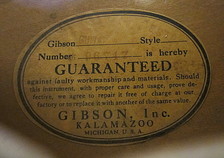 Factory order numbers, or FON are given to racks, or batches of instruments as they are being produced to keep track and date them. When they are shipped, they are given a serial number on a label to cover the manufacturer's warranty for the consumer. For example, a model may have a FON 1234A and a serial #95100. FON 1234A means it was made in 1935 and #95100 means it actually left the factory in early 1938, thus a 3 year discrepancy in actual FON and serial #.

Being that this shortlived ES300 was introduced at the Chicago Musical Instruments Trade Show in July 1940 and appeared in Oct. 1, 1940 Supplement to Catalog AA and was only offered to just Spring of 1941, I am deducing that this shown model was produced in late 1940 and left the factory in January 1941(check above and after receiving input from Joe Spann, this was shipped in March 21, 1941.....very close deduction!). 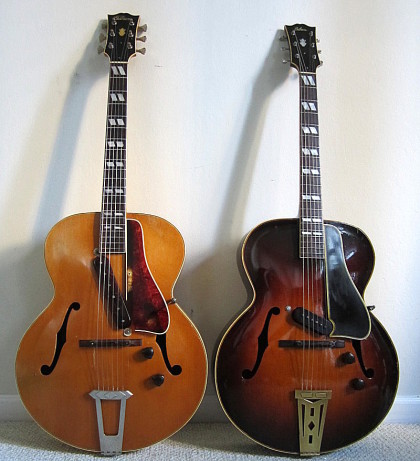 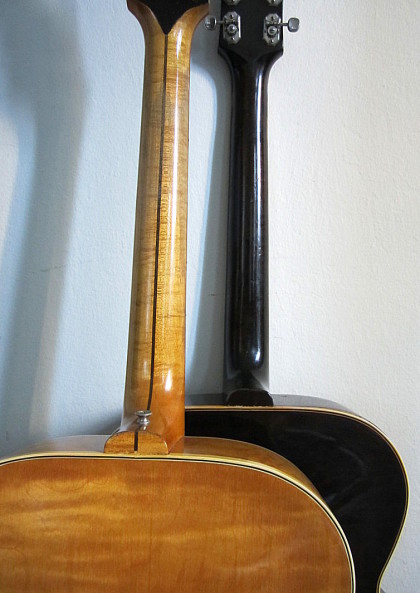 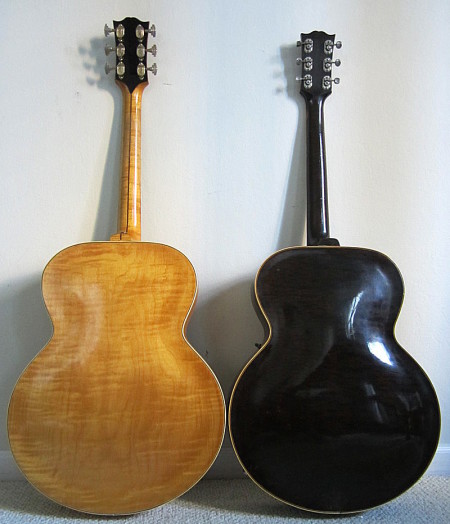