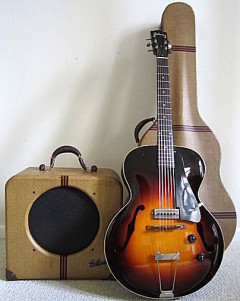 Gibson electrical instruments were one of the first revolutionary steps in the evolution of electric instruments today. Rickenbacher created the first marketable electric, the 'frying pan' lapsteel, in the early 1930's. By furthering the electric pickup design, Gibson was able to innovate and become the first to market with the very first electric guitar in history, the 1936 ES150.

The following prewar instruments are the ES models. ES is short for 'Electric Spanish'. These models were designed from 1936-1943. Once the U.S. entered the war in December 8, 1941, production of Gibson electrics slowed in their evolution until the end of the war. The 7 prewar electric models are:

Between 1941-1943 several Gibson models were not given FON, factory order numbers (serial numbers were reserved for higher end models), thus dating can be tough. There are not a lot of references for dating these precious instruments, but using preexisting appointments helps.

Please browse through the next few pages and enjoy the photos and information.

A complete description of the evolution of Gibson's electric pickups, used in their prewar electric guitars can be found on page: First Gibson Electric & Lapsteels 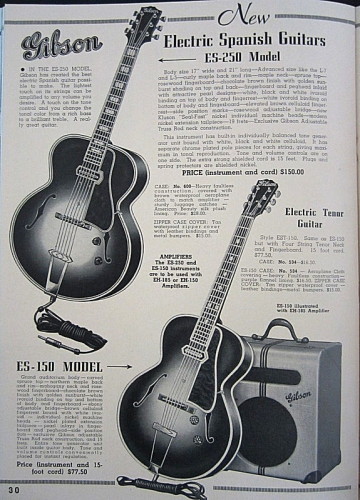 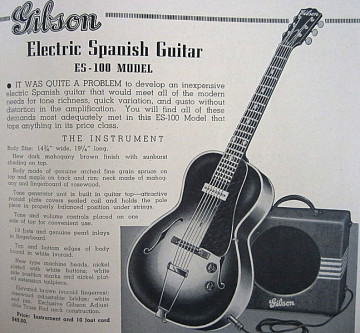 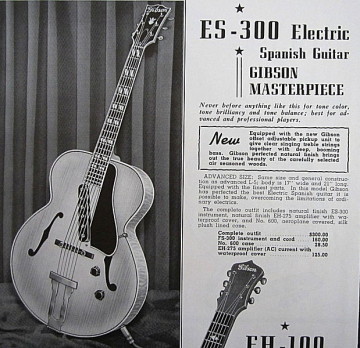 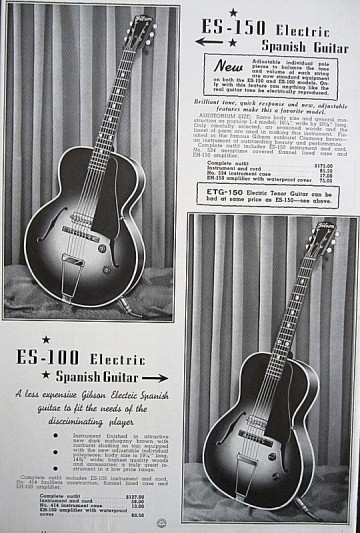 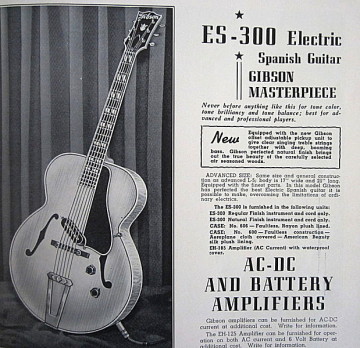