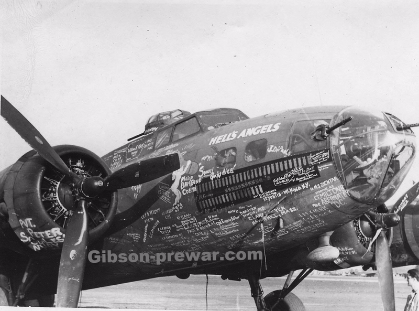 Although Gibson has been my main interest for this site, it is logical that WWII must be touched upon, as well. WWII played a significant role in changing the music industry, as well as every other industry throughout the world. It was a time when the manufacture of most consumer goods ceased and all efforts were focused on bringing peace to the world. As a result of  American industry working towards one cause, new technologies never seen before were devised.

WWII is responsible to having created and pushed forefronts in American technologies to what we have today. It is mindblowing to think that companies, such as Gibson, were necessary to having integral roles in helping to defeat the Axis Powers.

One subject that I have always been fascinated with is avaition. Aside from guitars, Gibson did have a hand in the manufacture of airplane skids for the war.

Although other American manufacturers were more involved in creating war aircraft, such as bombers,  I have found myself collecting photos and relics that provide a glimpse into the past memories of the war and avaition.

The photos below are of the original Hell's Angels. Yes, this is the roots of the motorcycle club Hell's Angels today. They were one of many crews in the 358 Bomb Squadron of the 303rd (BG) Bombardment Group and part of the 41st combat wing in the 8th USAAF stationed in Molesworth, England.

The 303rd BG consisted of the 358th, 359th, 360th and 427th Bomb Squadrons. Each squadron had many crews, each with their own aircraft. After the Hell's Angels had completed 48 successful bombing missions without losing aircraft or crew, it was decided to name the entire 303rd The Hell's Angels.

Each photo below captures a very important time in American History. Each photo is original and and part of my permanent collection.

The particular B-17 F below is the original Hell's Angels aircraft. The small drawings of bombs lined up in two rows signify 48 successful bombing missions. The signatures on the plane are of the members of the 8th USAAF and were put there when the plane was retired and flown throughout  America for a war-plant tour in 1944. 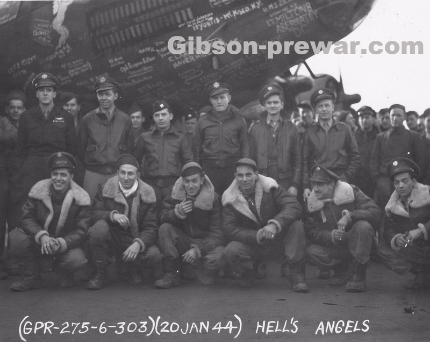 Original Hells's Angels photo taken in Molesworth , England. After completing 48 missions, the last being 13DEC43, this B-17F Flying Fortress came back to the states for a War Bond Tour 20JAN44. 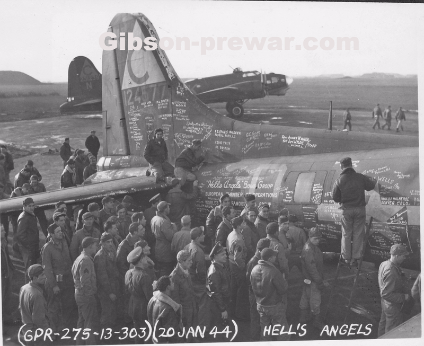 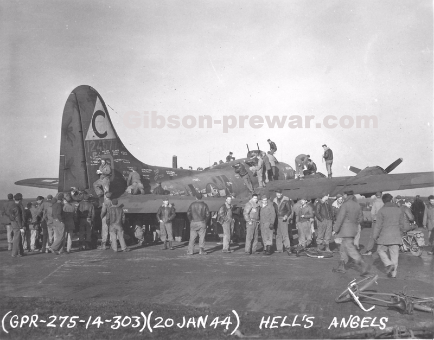 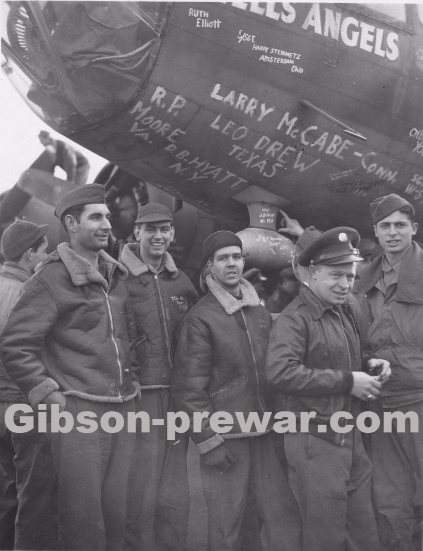 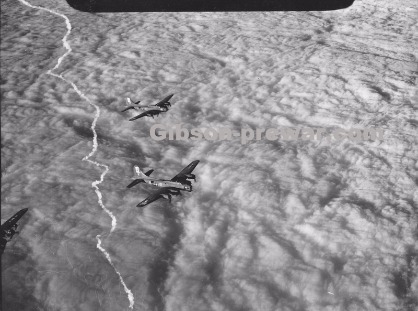 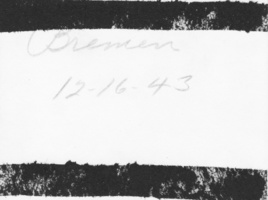 Backside of photo above. 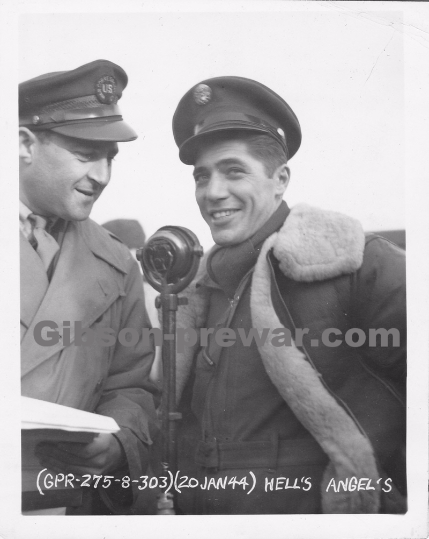 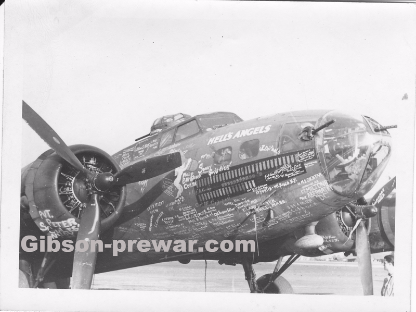 Original photo of the original Hell's Angels B-17F, in which eventually the entire 303rd would be named. 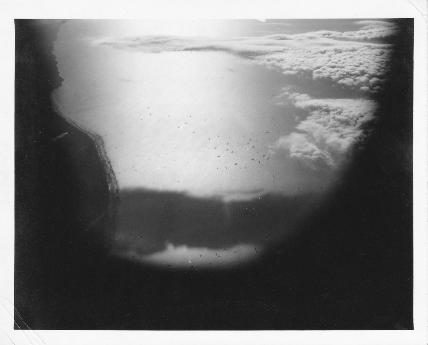 Original photo of WWII 303rd's view from the sky while on mission. 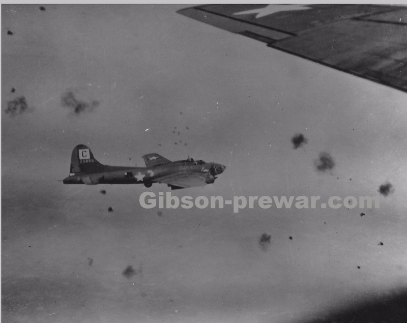 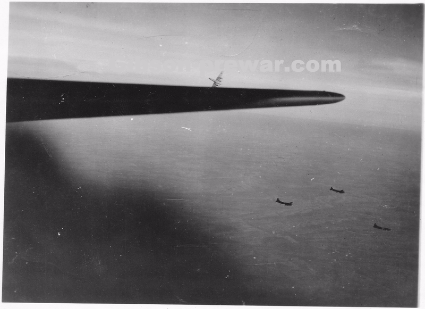 Original photo of WWII 303rd Bomb Group B-17 Bomber falling from the sky over Germany. 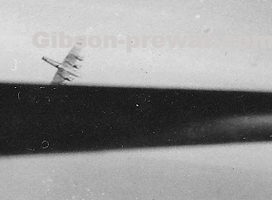 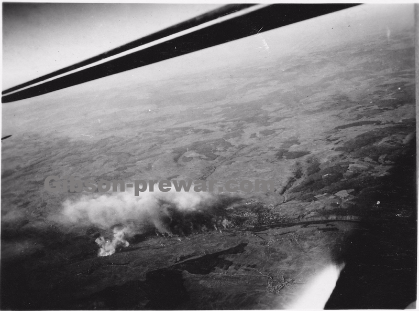 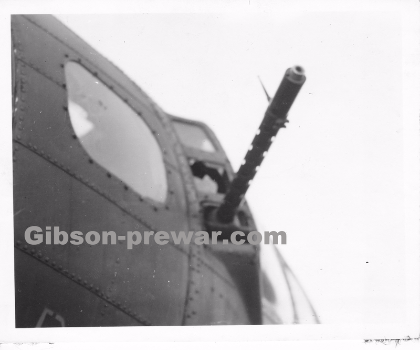 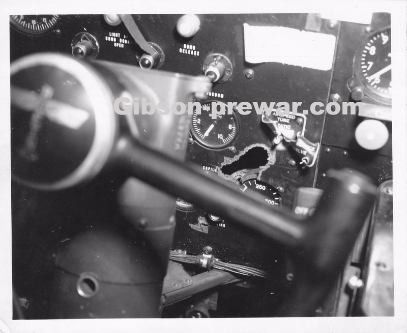 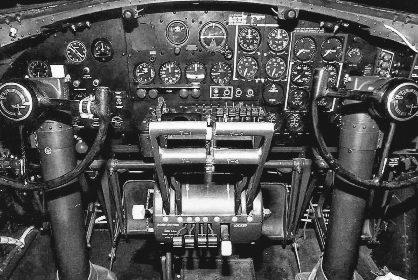 Reproduction photo of the controls of a B-17 Bomber which match the original photo above. 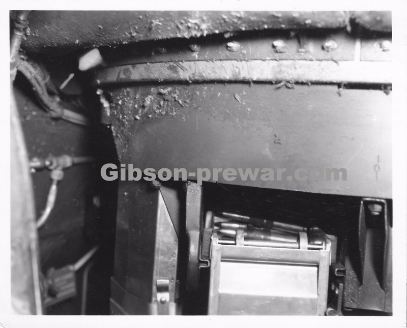 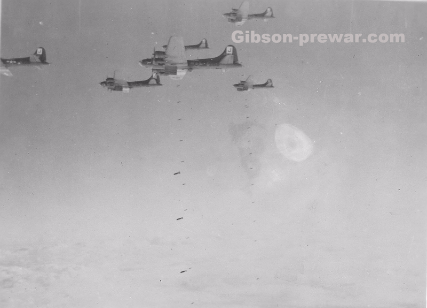 Original photo of B-17's from the 303rd Bombardment Group over Germany. 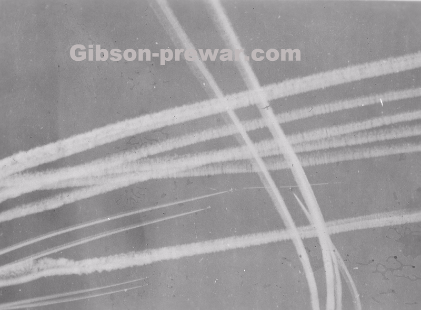 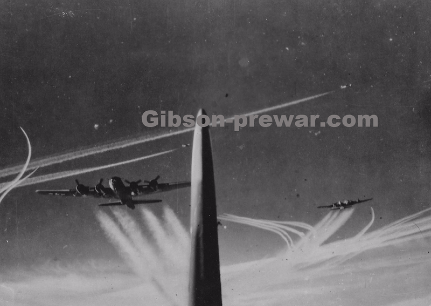 Original WWII photo of B-17's from the 303rd BG over Germany. 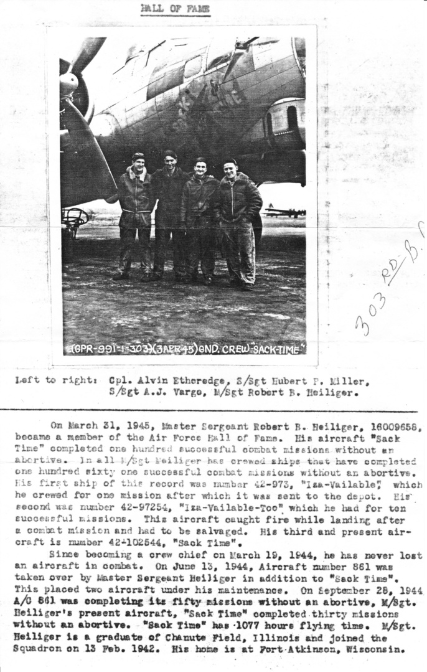 Article that accompanies the original negative (below) of 'Sack Time', part of 303rd BG, Hell's Angels. 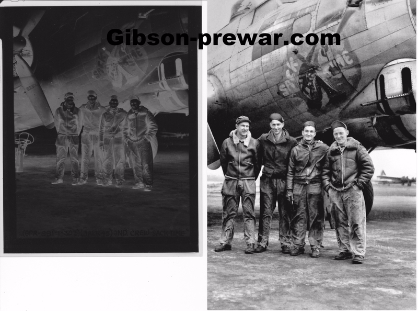 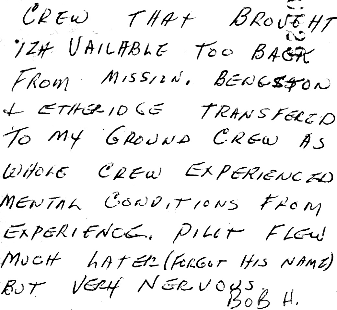 Note that came with the negative. 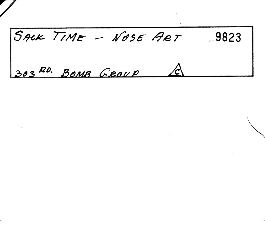 Sleeve that holds the negative. Note the letter C in a triangle for 303rd BG which would have been on the tail of the B-17. 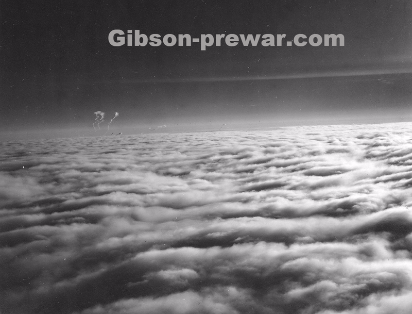 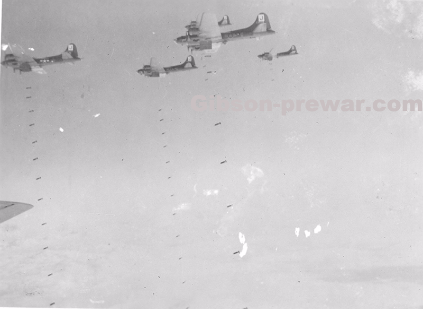 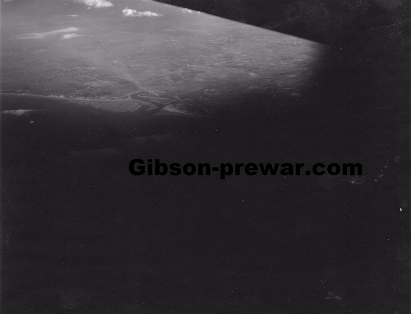